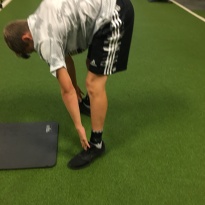 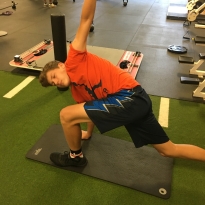 Quality of movement, is affected by flexibility. When athletes have command of their flexibility, they are able to perform exercise or events more strongly, quickly, and expressively. Flexibility aids in the development of conditioning and coordination as well as generating acceleration over a greater range of motion, thereby increasing speed. 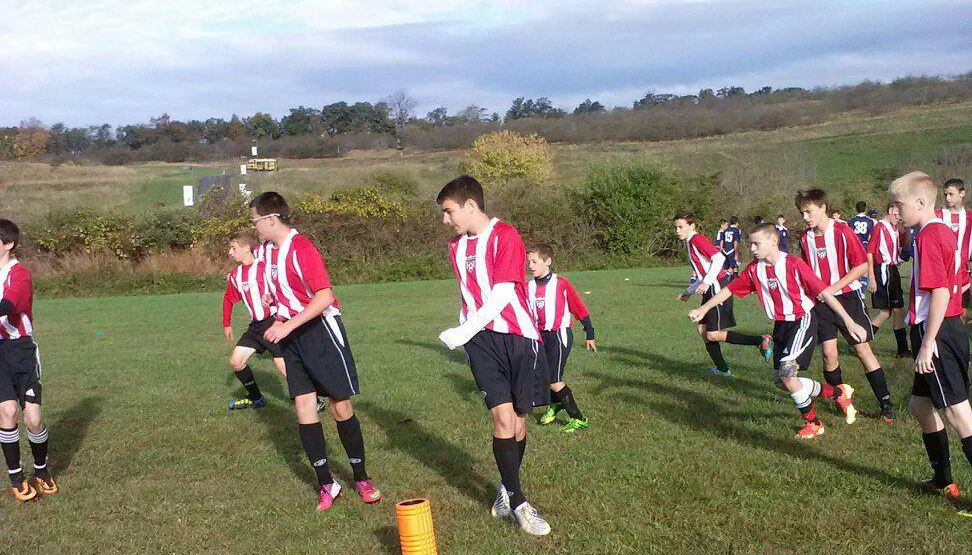 REMEMBER without flexibility you will have limited mobility!!!

Who is at the “Greatest Risk for Hamstring Strain”?

Of the three muscles in the hamstring the biceps femoris is the most likely to be injured. The straining or tearing of the long head of the biceps femoris muscle occurs particularly in athletes that perform quick acceleration or cutting in sports like football, soccer, and tennis.

Some factors that can predispose an athlete to hamstring strains are insufficient warm-up, fatigue, poor muscular coordination, excessive pelvis tilt, prior hamstring injury and imbalance in muscle strength between hamstring and quadriceps.

The athlete often becomes aware of the injury hearing or feeling a pop in the area of the hamstrings followed by immediate pain in the posterior.

Diagnosis of a hamstring injury is made primarily by obtaining details of the cause of the injury from the athlete and by performing a physical examination.

Recovery can occur as quickly as one week to six weeks or more depending on the grade of the strain.

About 7-8 days after the injury the second phase begins. Most experts agree that electrical stimulation, passive range of motion, myofascial release, and isometric exercises can be introduced.

The third phase occurs anywhere from one to six weeks after initial injury. Some of the stretching and strengthening exercises should include hip rotation. This is important because many of the sports require rotation, cutting, and change of direction.

The final phase of treatment is returning the athlete back to play. This includes sport specific movements, increasing hamstring strength and flexibility.

Whats the difference between Tennis Elbow and Golfer’s Elbow? 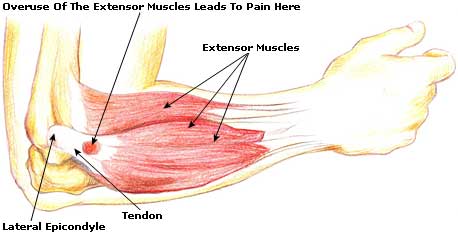 torquing of the forearm. Athletes often complain of pinpoint, knifelike pain over the (outer) lateral surface of the elbow.

repetitive stress on the tendons on the inside of the elbow. Some athletes complain of numbness or tingling in the the fourth and fifth fingers.

Treatment for Tennis Elbow can be separated into three categories, and can range from rest from a mild sprain or strain to surgery after all other forms of treatment fail.

The treatment for Golfer’s Elbow focuses mainly on the PRICE principles (protection, rest, ice, compression, and elevation) and once the acute phase has resolved rehabilitation, including strengthening weak upper-back, neck, and thoracic muscles with forearm strength exercises can begin.

Before returning from either injury the athlete should be pain-free. In the case of Tennis Elbow, strengthening muscles of the upper body such as the Lats (muscle covering the lumbar region of the back), shoulder rotators, and upper back muscles which will help create more balance in posture.

Iliopsaos tendinitis is most common in soccer players and runners who tend to perform repetitive hip flexion movements.

The most common symptom is pain down the front of the, sometimes radiating down the thigh. Activities such as kicking, running uphill, or hip flexion can exacerbate the symptoms.

Initial treatment includes ice, stretching, and strengthening of the area can be helpful.

Return to play usually happens within three to six weeks and should be gradual.

Our Post-physical therapy training will be tailored to meet your needs so that you can safely achieve the level of fitness and well being you desire without injuring or re-injuring yourself.